Does your airport security check points contribute to the spreading of pandemics ?

Today we are all facing a new deadly virus that is rapidly spreading around the world.

Speedy movement of travellers by air, makes it possible for microorganisms to spread quickly to most parts of the earth.

The fact that the most infected spots in the airports are the security check point trays, should cause the management to take precautionary steps to minimize the risk of spreading microorganisms, such as virus and bacteria.

It has been confirmed in tests that the security trays are prone to being contaminated, and contributes to the spreading of virus and bacteria.

CQRTS A/S (pronounced securities) has developed a range of security trays that has an antimicrobial agent incorporated in the plastic material.

It penetrates the cell walls of the micro-organisms, making them unable to function, grow and reproduce.

The antimicrobial agent remains undiminished throughout the life of the trays, without the need for special treatment to replenish or replace it.

Independent laboratory test of the CQRT TRAY® have demonstrated that bacteria such as MRSA, Staphylococcus aureus, E.coli and Salmonella are reduced by more than 99,75 % within 24 hrs. of the microorganisms contacting the CQRT TRAY®.

The fact that cleaning routines of the security trays are insufficient in most airports, should cause some serious action from the management, to reduce the risk for passengers and employees to be exposed to virus and bacteria.

CQRT TRAY® – The Antimicrobial one 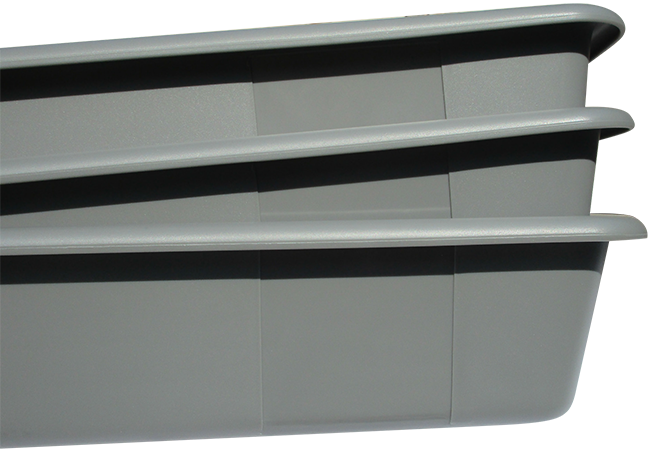 The benefits of the CQRT TRAY®: 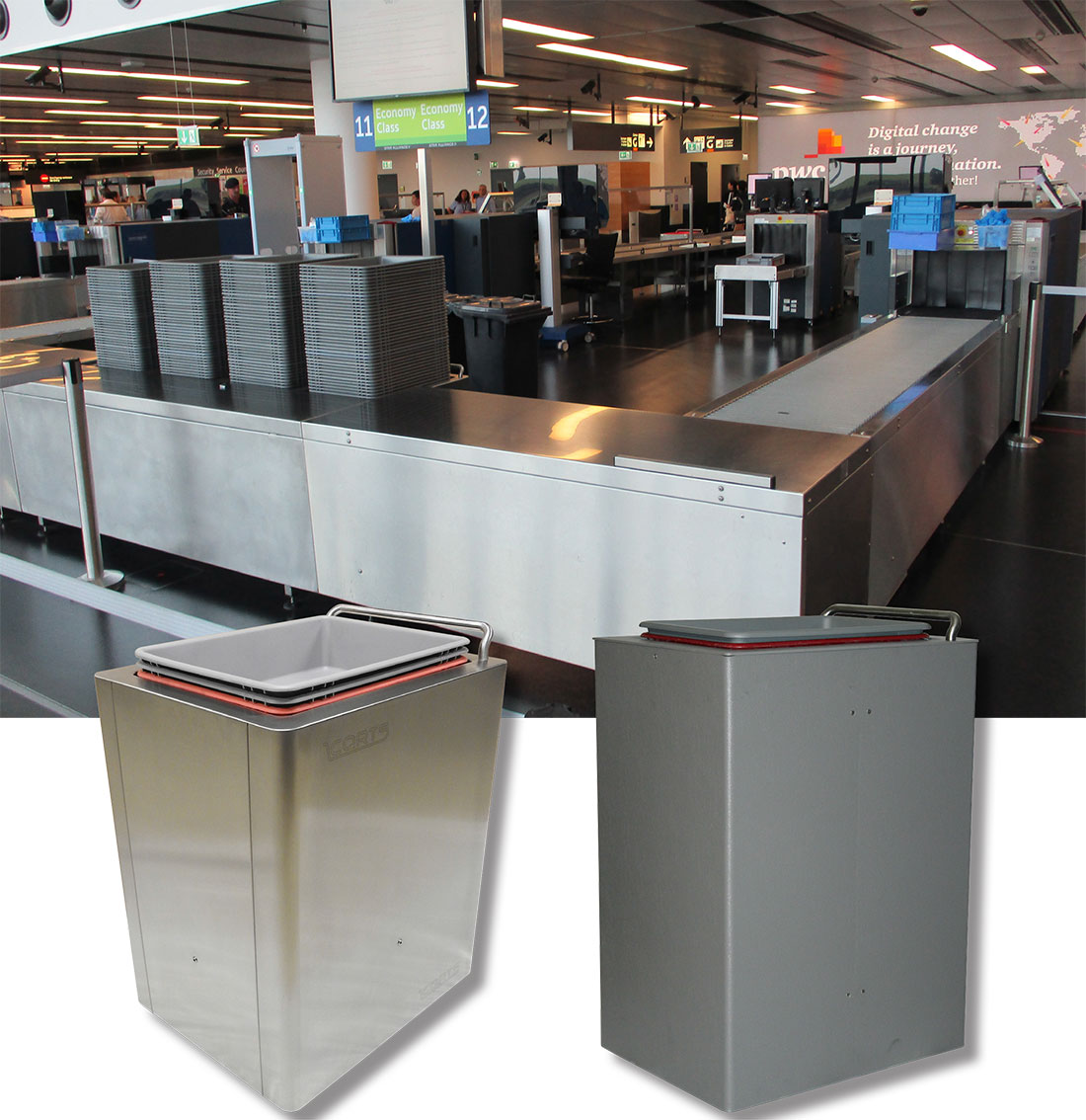 The CQRTS Stainless steel covered dispenser trolleys for our 2 smallest tray versions: T-03, T-08, ST-14 and ST-15 has a fixed indicator tray to visualize if the trolley is empty.

The CQRTS Plastic covered dispenser trolleys for our 2 smallest tray versions: T-03, T-08, ST-14 and ST-15 has a fixed indicator tray to visualize if the trolley is empty.